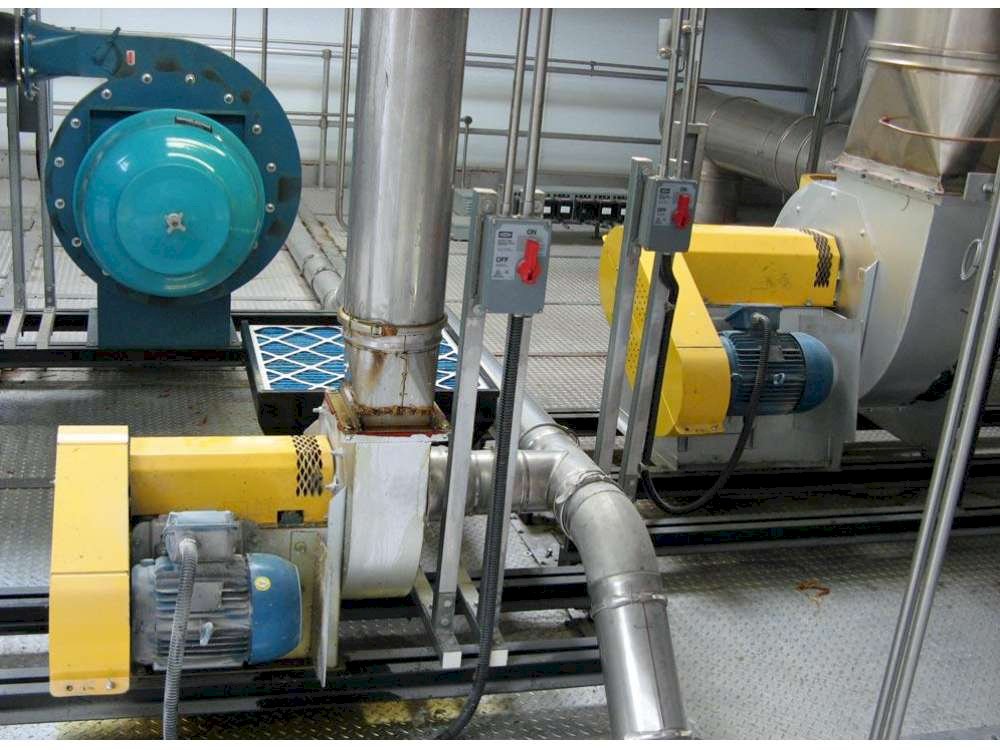 A bakery that specialises in manufacturing buns for the food industry started receiving noise nuisance complaints. The complaints came from residents spread over a wide area of housing around the bakery factory. Residents were complaining about a very loud low frequency hum sound, which they found highly annoying during daytime and even more so at night.

The bakery worked out that the sound came from their bun oven, and they fitted an intake attenuator to suppress noise from the fan that supplies air to the oven combustion chamber. This did not reduce the sound at the houses and complaints continued. The bakery company then asked for our help.

Our initial questioning revealed that the bun oven had 11 fans. We asked the company for some basic information about each fan and obtained information about the main noise frequency from the local Environmental Health Officer, who had carried out a noise survey at the houses. Using this information we identified the source of the annoying hum sound within a few minutes. We confirmed this with measurements at the houses.

The cause of the annoying hum was not the air combustion fan to which the bakery company had fitted an attenuator, but two small cooling exhaust fans mounted on the bun oven. We used advanced technology to design a solution to suppress the fan noise hum from these two fans. This was highly successful, making the cooling exhaust fans inaudible at the houses, even at night. The fan hum was completely eliminated such that it was no longer detectable - achieving a massive 27 dB (decibel) sound reduction. The residents were so relieved that the highly annoying hum had been removed that many of them wrote letters of thanks.

This is one of many projects where our solutions managed to suppress the fan noise such that it was inaudible to local residents after previous attempts by other companies had failed to resolve the noise nuisance problem. There are many examples of such projects on reduce extractor fan noise. We have a long track record of successfully resolving fan noise nuisance problems fully, at the first attempt and at minimum cost. Where other attempts to suppress the fan noise have failed, this means time and money has been wasted. So residents have had to endure the annoying fan noise for longer and the company that operates the fans has spent more than necessary on solving the problem.